This Week’s Veggies: potatoes, beets with greens, carrots, green beans, zucchini, cucumbers, onions, parsley, tomatoes, bell pepper, hot banana pepper, and a half a cantaloupe. We had also ordered a chicken from Rick Byler (neighbor to Micah and Bethany, who run plowshare produce). These chickens were raised in an open shed and grassy area and received no antibiotics after their 2-week birthdays. 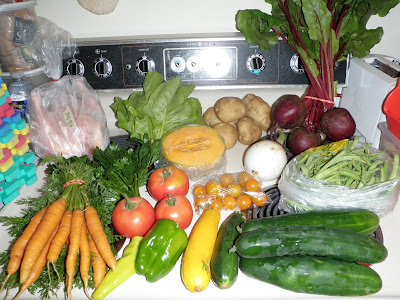 I'm nearly a week behind using up all the veggies, but at least nothing has gone to waste yet - just need a push to keep going! It's so great to have all these veggies because they make sure we incorporate more into our diets!!

I'm going to try to get the most out of our chicken as I can (because, why waste it, really?). So, I butchered it tonight, cutting off the leg/thigh portions, wings, and breasts, to be returned to the freezer. I'm thinking we'll grill the breasts, and I can cook up the legs, thighs and wings for use either in chicken enchiladas or in a spicy hot sauce.

I used the last of the celery, carrots, onions and potatoes from last week, along with the chicken carcass, some parsley and a little sage from the pantry to make a tasty chicken-veggie soup: 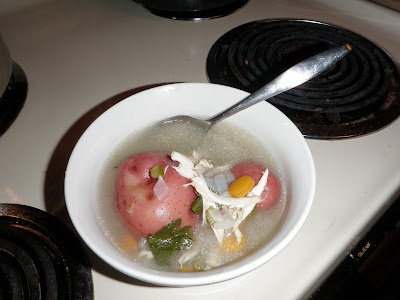 I took half the broth out to save for another recipe, before shredding the meat left on the carcass to put back in the soup: 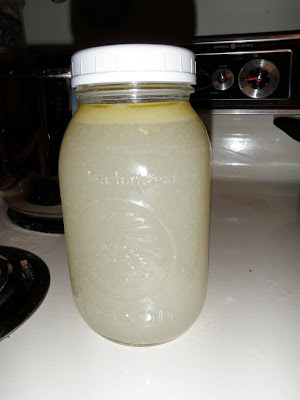 In addition to the soup, for dinner tonight, we had a very light (and amazingly flavorful) salad with just diced cucumbers and tomatoes from this week - that's it - no need for any dressing! 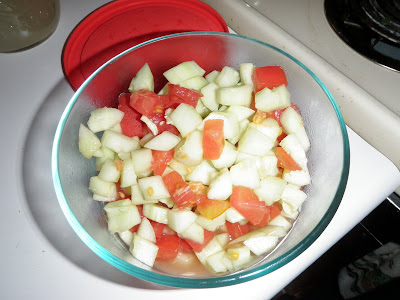 I also cooked up last week's and this week's beets to make another beet cake (either tomorrow or later in the week) to take to a party this weekend (celebrating my labmate's defense - Congrats Dr. Park!!).
Posted by mathbionerd at 5:04 PM

Email ThisBlogThis!Share to TwitterShare to FacebookShare to Pinterest
Labels: sustainability