Abortion (or something I should probably never blog about, but will anyway)

It is a very personal choice that many people face; whether to terminate a pregnancy or not. But, it is a choice. Regardless of whether it is legal or not, people still make that choice. When it is illegal, women may choose risky and unsafe conditions that ultimately lead to their own untimely deaths. When it is legal, women, their partners and families can spend more time focusing on how their emotional health will be affected by their decisions.

Thank goodness that there are people in Nebraska who recognize the difficulty of such a decision and have the strength to allow women a safe and supportive environment to make such a decision.

I've driven past this clinic several times, and I hope that Dr. Carhart and all of his staff remain safe this weekend during the protests.

What would I do...what would I choose? I think the answer is illuminating: I haven't had to make the choice. I was taught early and with candor about sex and contraception, from both sides of my family. I understood how babies were made at a very young age (it helps when you have a doctor and a nurse as grandparents). When I was older, but still young, I think around 10 or 11, I remember watching some trashy talk show with my mom about very young girls 11-14 who were pregnant or just had babies alongside their parents. My mom told me that if I were ever in that situation she would be disappointed...but she would still love me, and we talked about what situations these girls must have been in. A year or two later, she told me that if I was not yet able to talk to a doctor about contraception and sex, and I was too embarrassed to buy condoms at the grocery store in town, then I wasn't ready to have sex.

I am a full supporter of comprehensive sex education, including both contraception as well as the consequences of getting pregnant at a young age (physically, emotionally, mentally). From my personal experience, I think that knowing about the sexual organs of both genders, about sex and making sex a personal choice, rather than simply declaring it off limits, helps teens and even younger children realize what a big responsibility it is. By demystifying the reproductive biology of both sexes, illuminating the consequences of unprotected sex, and what one must do to engage in responsible sex, children and teens feel empowered, not rebellious.

Then, the question of choice is (for a large portion of the population) moot. If unwanted pregnancies can be avoided, then so can emotional and potentially physical trauma.

I always wonder why the same people who fight for the anti-choice position are also anti-education. If all the money poured into advertisements and all the time from demonstrators were put to good use educating the public about ways to prevent unwanted pregnancy, I wonder how much distress, medical expense, and counseling could be avoided.
Posted by mathbionerd at 9:54 AM No comments:

It is a funny coincidence that yesterday I received the compostable cups and plates we'd picked out for the wedding, and today there's an article about a couple who is attempting to live trashless for a year (with some exceptions).

We're really trying to embrace the local, eco-friendly movement. All of our vendors are either local, or recyclable. The wedding favors are from the local chocolatier, and the favor boxes are made of recycled paper. Our invitations are probably the least eco-friendly, but we've cut them down to one small card in one small envelope, requesting that people RSVP online. Instead of cake, we're having cookies, baked by a local woman in town, and ice cream made by Meyer's dairy (also local).

Our photographer lives just over the hill from the reception hall and so will only have to drive a half a mile, and instead of getting all printed proofs, our photographs will be uploaded online and we'll have a master-disc with all the pictures.

No programs, limited decorations (the barn is really beautiful, so I don't think we need any at all), no flowers.

Our plates, cups and cutlery are all compostable, and the guy we are renting from has bins for recyclables, so we should have a very minimum of waste!
Posted by mathbionerd at 8:17 AM No comments:

No one is safe from ignorant persecution...

even if that person was a computing genius ahead of his time who helped break the Nazi Enigma code. Just because he was gay, his genius was discredited, he was brutally sterilized and driven to commit suicide by the age of 41 by disgusting individuals within the British government. The British gov't is now thinking of apologizing...
Posted by mathbionerd at 5:55 PM No comments:

if I didn't think they'd be scraped off my car like the previous two (one was my Obama magnet, which was just swiped, and the other was my "Kansas: Where evolution is banned and the monkeys are in charge", which was literally scraped off my back bumper). 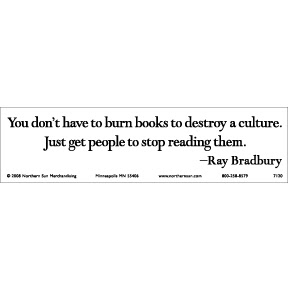 Posted by mathbionerd at 10:54 AM No comments:

Posted by mathbionerd at 1:22 PM No comments:

I wonder if chicken soup would help?

My tomato plants are sick. They seem to have early blight, which is at least treatable (unlike late blight, which just kills the plant systematically).

The leaves look just like this guy's, and I've seen quite a few references to the water/milk mixture, so I'll keep you updated on how it works!!
Posted by mathbionerd at 11:00 AM No comments:

More than 35 years after the American Psychological Association removed homosexuality from its Diagnostic and Statistical Manual of Mental Disorders, it is a little disappointing that there needs to be a study to declare that a person's sexual orientation cannot be changed, and attempting to do so often causes mental and emotional damage.

It is great to have such a comprehensive study of the past 40 years of research about sexual orientation, but that it is on the main page of CNN's website frustrates me a little. It frustrates me even more to realize that there are people who still won't accept the findings.
Posted by mathbionerd at 8:24 AM No comments:

I am amazed at people with musical talent:

Posted by mathbionerd at 8:27 AM No comments: