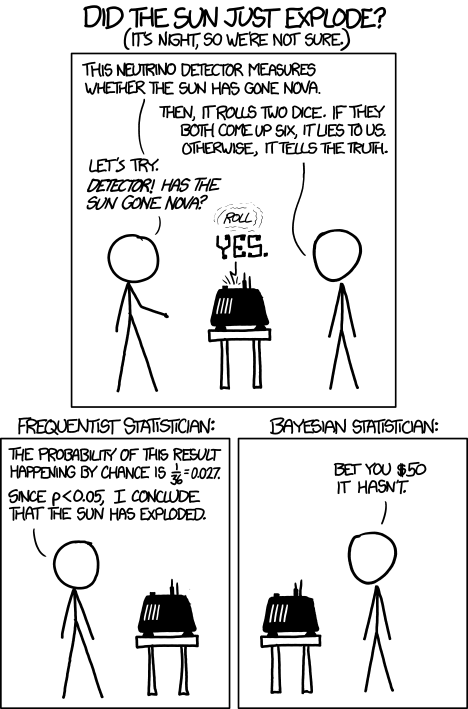 Posted by mathbionerd at 1:38 PM No comments:

A few months ago we had a great discussion on twitter about the best and worst practices for lab meetings (Storified here). Please feel free to comment here if you find something missing from that discussion.

This is my first semester as head of the lab (also called PI, for Principal Investigator). Right now, the lab is composed solely of undergraduate students (a brief overview of projects). That has actually made it slightly easier to plan lab meetings. We meet weekly, and are using it almost as a lab-training course. Here is our schedule:


Sept 10: Lab introductions, expectations, and getting comfortable in the terminal

Sept 24: How to read and understand a scientific paper (read this)

Oct 15: Tutorial on VPN and SSH

Dec 3: Student project Updates And End of Semester Wrap Up

The students gave me great feedback on my ASHG talk that I think really improved it.

They've also been wonderfully interactive with me and with the invited speaker.

I decided that once a semester I want to have a journal club. In this case, it might be better to call it a journal survey club. Each student is assigned one journal, and asked to read through the most recent issue (or most recent few issues if they want) to find one article that they find interesting. Prior to lab meeting, each student will send me the link to the article, a comment about the article, and a question about the article. I will compile these links, questions, and comments on the blog, and we will discuss them at lab meeting. We might push things around a little, because with 18 students, we may need a couple lab meetings to make it through all the papers!

Posted by mathbionerd at 8:21 AM 4 comments:

Plants have sex? Yes, they totally do.

One thing that is fairly common among vertebrates (found in mammals, birds, frogs, reptiles, and fish), but rare among plants is sex chromosomes. But, as we look more and more, we are finding sex chromosomes in the most delicious places. All of the following plants have sex chromosomes:

So, yes, plants have sex, and some even have sex chromosomes. Just something to keep in mind as you work towards fulfilling your daily servings of fruits and veggies.
Posted by mathbionerd at 7:59 AM No comments: